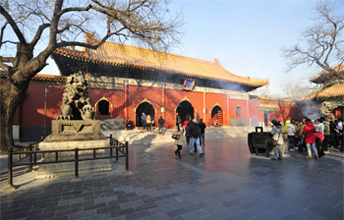 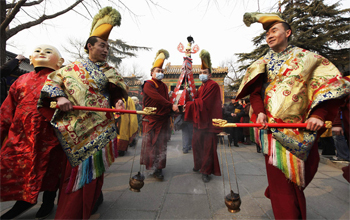 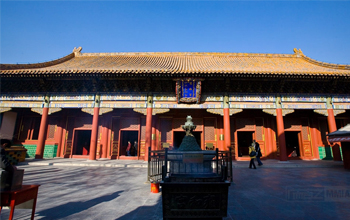 Lama Temple is the biggest Tibetan-style Lamsery in the old downtown of Beijing . It was built in 1694 by Qing emperor Kangxi originally served as residence for his successor, emperor Yongzheng. After the death of emperor Yongzheng in 1735, his coffin was placed in the temple. Emperor Qianlong, successor of Yongzheng, converted it into a lamasery and a residence of large numbers of monks from Mongolia and Tibet for the relation with the two regions. In 1954 Baiqen Erdeni held Buddhist ceremonies in the lamasery.

It houses several exhibition halls, displaying numerous cultural relics, as well as the portraits and history of many of the Dalai Lama. At the back of the temple, there is a famous ‘ Huge Buddha ' – 18 metres high and carved out of a single trunk of white sandalwood.