The symbol of China , Tian An Men Square located right in the center of Beijing is the largest city centre square in the world. It is 880 meters long north-south and 500 meters wide east-west, with a total area of 440,000 square meters. It is big for one million people to gather there. 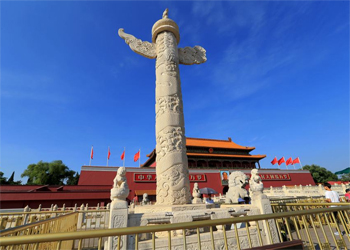 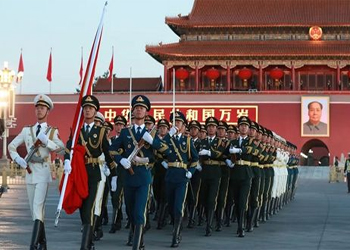 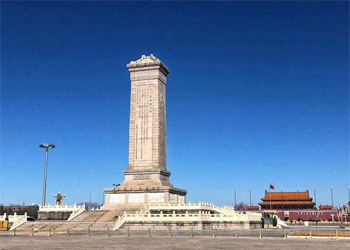 The square used to be an officials ' residential compound south of the Forbidden City in the old days. At the north end of the square is the Tian'an Men Gate( gate of heavenly peace). Right on the north is the Tian'an Men flies the national flag of the People's Republic of China . In the center of the square stands the Monument to People's Heroes and Chairman Mao's Mausoleum. On the west side of square is the Great Hall of the People, Congress hall,On the east side are the Museum of Chinese History and the Museum of the Chinese Revolution. On the south end of the square are Zheng Yang Men (Gate of Sunlight) and the Arrow Tower of Qianmen (Front Gate). The square is splendid and magnificent. The buildings are symmetrical and harmoniously integrated. State ceremonies and activities of state affairs are held here. Tian ' an Men has witnessed many major political and historical events.