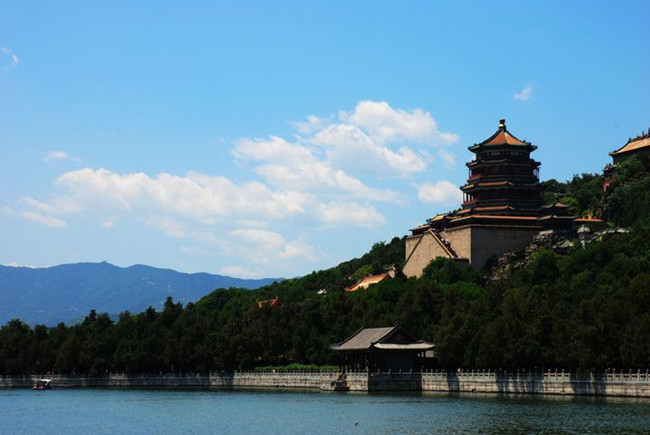 The Summer Palace , located in the western suburbs of Beijing , is the last imperial garden built by the feudal dynasties of ancient China . It was destroyed by the British and French Allied Armies in 1860 and then again by the Eight-Powers United Army in 1900. 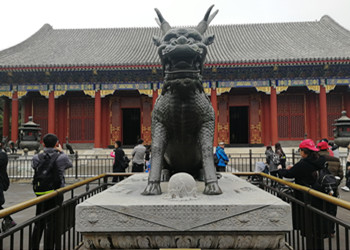 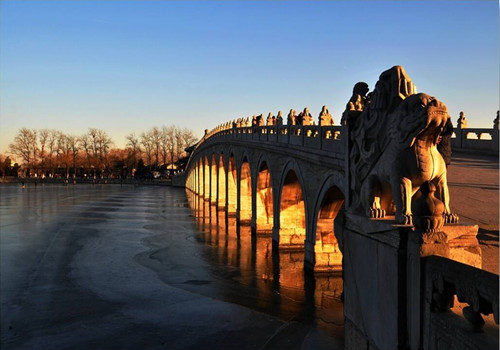 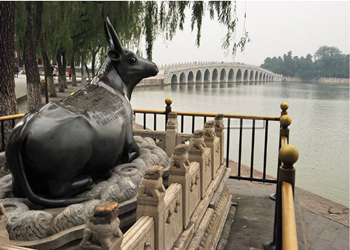 The Empress Dowager Cixi (1835-1908) then appropriated the navy's budget to rebuild it. In 1998, this imperial garden, which belongs to world civilization, was entered in the ranks of World Cultural Heritage. Renshoudian where the Qing emperors met with various ministers.
Yulan Tang built for the relaxation of the Emperor Qianlong was rebuilt in the 18 th year of Guangxu and made into a sleeping chamber for the Guangxu Emperor. ln 1898, after Cixi put the Reform Movement into motion, she locked Guangxu up inside this small palace.
The Leshou Tang Main Hall was the resting palace of Cixi.
The Kunming Lake – Qing navy training lake is a long corridor which contains 273 small 'rooms' is 728 meters long -the longest corridor in any form of Chinese garden or ancient architecture. Some 8,000 paintings are painted directly on the beams of the corridor.
This is a stone boat that is 36 meters long. The cabin on it is made of wood, and it is furnished with western style tables and chairs.